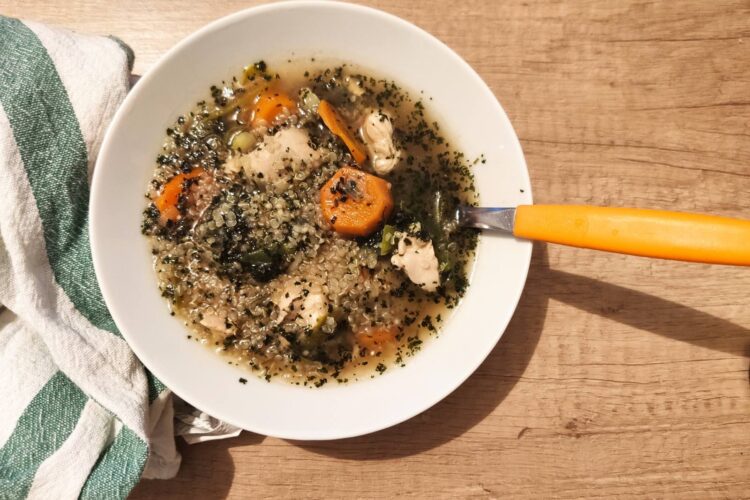 I like to eat soup all year around, but autumn is definitely the start of the soup season. While zucchini soup is the favorite summer treat, in autumn I rather cook a soup with potatoes aka paprikash and this quinoa soup with chicken and vegetables. What is different about this soup compared to others is one unusual ingredient. This green thing you can see in the soup is nettle.

What is nettle leaf and how to use it?

Nettle is a stinging herb that has a strong and rich taste. Store-bought nettle is already dried and ready to use, so you don’t need to worry about getting rash while plucking the stinging nettle.

If your hemoglobin or iron levels are low, you can consult with your doctor about adding the nettle to your diet. Aside from nettle tea it is great in soups and stews. Similar to other herbs, you add the dry nettle in the last 10 minutes of cooking.

How to make vegetable soup with chicken?

There are three ways to cook chicken in soup:

How to make soup with chicken breasts?

If you want to eat chicken in the soup, debone it and cut it. Stir fry it with veggies, add plenty of water and season it well. In the end, add noodles, quinoa or dumplings.

You can cook the whole chicken breasts if you won’t eat it in the soup. When the chicken is cooked and that water in the pot has become chicken stock, you can remove it and use it in many ways (salads, wraps, sandwiches)

How to make soup with chicken, nettle and quinoa

What to use instead of quinoa?

If you don’t like to eat quinoa or to use it in soups, you can add noodles or dumplings. I don’t mean Chinese dumplings but these:

These soup dumplings taste awesome and they are so easy to make:

Beat one egg, add 2 tablespoons of vegetable oil and three tablespoons of semolina. Add a teaspoon of salt and whisk nicely, then add two more tablespoons of semolina and stir. Leave it in the fridge for five minutes. In the last minutes of cooking soup, add this dumplings mixture with a tablespoon, one at a time. They are ready once they appear on the surface. Remove them from the pot and serve them separately. Add them to the plate of chicken soup just before eating. 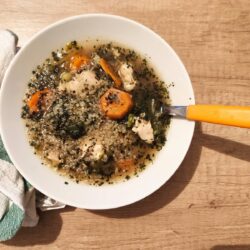 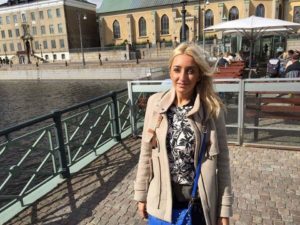